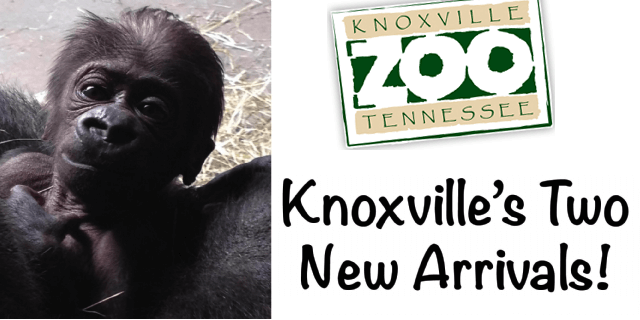 After previously reporting back in March that two gorillas were pregnant at Knoxville Zoo, we’re pleased to announce that both babies have been born without any problems.

Both mothers are Western Lowland gorillas and the babies are the first to be born at the park after Hope and Machi went through 8 ½ month pregnancy terms. The sex of both infants is yet unknown but we’ll be the first to update you as soon as we get news.

Understandably the zoo is thrilled with such a positive outcome and it happening within the space of just a week. Equally, this is also great news for the Species Survival Plan, which helped to make this happen after Machi and Hope arrived from other zoos. The zoo had expected the mothers to bond with older male gorilla Wantu, it became clear after living together that the ladies were more interested in Bantu, who was at the time in an adjacent exhibit.

Wantu was swiftly replaced with Bantu and as they say, the rest is history with Machi and Hope both pregnant within weeks.

Although the enclosure is currently closed to the public, the mothers and children will live as a family group with the infants’ father Bantu, together with another female gorilla Howali.