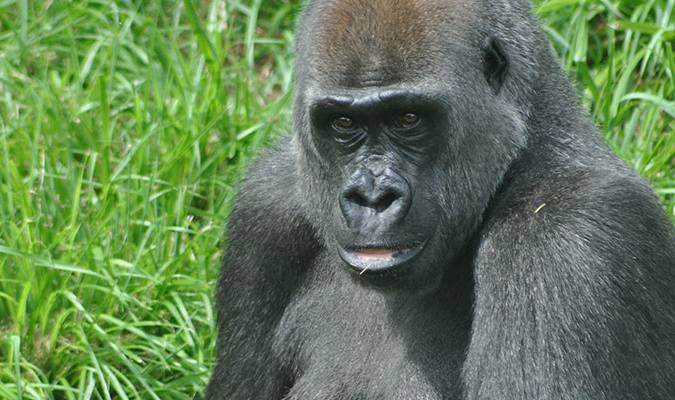 Louisville Zoo has announced one of its Western lowland gorillas, Mia Moja, is expecting her second baby in May.

The pair have now conceived again and the Louisville Zoo has reported that both baby and mum seem to be doing well.

Gorillas have similar gestation periods to humans, lasting around eight and a half months in total. It appears cravings are also common for gorillas during this period, with the zoo stating that during her first trimester, Mia Moja would only drink grape juice and refused any other varieties.

The new baby’s arrival will mark the third gorilla birth at the zoo since it first opened its Gorilla Forest exhibit just over ten years ago. It will bring the total number of Western lowland gorillas at the zoo to eleven, with the oldest being 32 year-old Kweli.

The Gorilla Forest at the zoo is a huge four-acre site, housing the gorillas alongside two pygmy hippos. After opening in 2002, it was acclaimed by the American Association of Zoos in 2003 by winning the Exhibit Award that year.