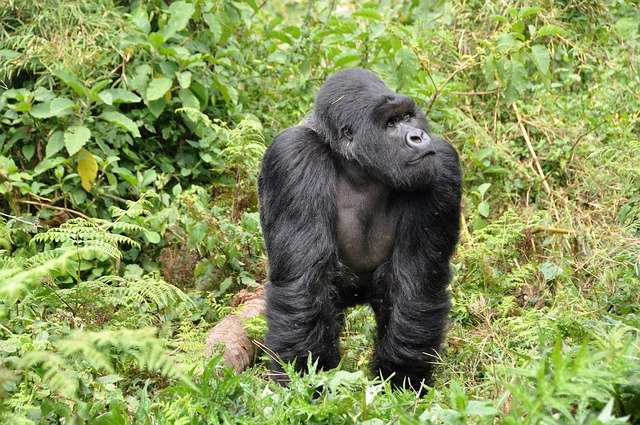 The scale of the threat of Ebola to Gorillas

The Ebola Virus has been one of the biggest healthcare crises of the past year, killing more than 8,500 people worldwide.

But the disease is not only limited to humans. In fact, it has been decimating the world’s endangered gorilla population since the 1990s.

According to new research from the Jane Goodall Institute of Canada, up to a third of the world’s gorillas and chimpanzees have died from Ebola since the 90s, and the recent epidemic is causing concern among conservationists.

Gorillas are closely linked to humans by DNA, and are susceptible to many of the same illnesses and epidemics which plague the general population. The difference is, there are no vaccines available to protect these great apes, and early symptoms are almost impossible to spot in the wild. As a result, entire communities of gorillas can become infected with Ebola before any action can be taken, resulting in the disappearance of large swathes of these endangered species, particularly in West Africa.

Worryingly, Ebola-infected gorillas may be responsible for spreading the disease among humans. Gorilla poaching is still unfortunately still common in many parts of Africa, with the animals captured and sold to safari parks or private collectors, or butchered for meat and fur.

The Ebola virus can be contracted between different species if direct contact takes place between bodily fluids (saliva, blood, urine or faeces), and this can happen all too easily in a frenzied hunting environment.

However, while major steps have been taken to contain and eradicate the virus among at-risk human populations, nothing is yet being done to help reduce the effects of the epidemic among gorillas. The Jane Goodall Institute estimates that the mortality rate for a gorilla who has contracted Ebola is as high as 95%, while for chimpanzees it is 77%.

It is not yet known how many gorillas have fallen victim to the latest Ebola epidemic, as they live largely in protected areas with little human contact.

Ria Ghai, the author of the Jane Goodall Institute report, said that

“…Outbreaks of Ebola are infrequent, but many wildlife populations are unmonitored.

Therefore, infection of a single member of a highly affiliative animal species like chimpanzees can lead to population-level spread, especially if carcasses are left uncollected to be handled or scavenged by other animals.”