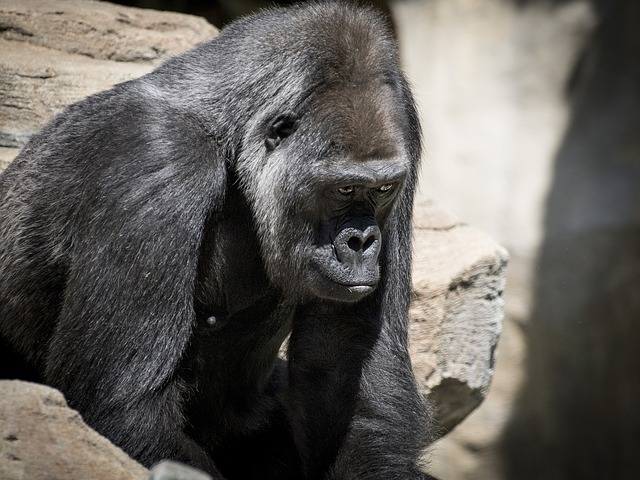 New research from a study carried out by the University of California in conjunction with Lincon Park Zoo (Chicago) has discovered that the rank of a male gorilla within its troop determines the bond he has with the infants, rather than paternity.

The research was led by Dr Stacy Rosenbaum to investigate the relationship that male mountain gorillas in Rwanda have with infants. The researches focused on troops with more than one male gorilla and how they identified with their own infants compared with other infants in the troop.

Relationships existed regardless of genetics, and it was in fact the rank of the adult male fathers that determined the bond – with one alpha male acting as a father figure to all, regardless of paternity.

“When we think of a human alpha male, we have a very specific set of cultural norms that go along with that, like aggression and not being very paternal. In gorillas that’s not the case at all; dominant males are often the biggest in the group, but they are gentle and nurturing with the infants.”

Research like this will no doubt be useful when rehabilitating infant gorillas back into the wild, as well as troops infant gorillas are placed in within zoos. It would be incredibly exciting to see with future research is if this ranking also determines an infant’s bond with their natural father and supersedes it.