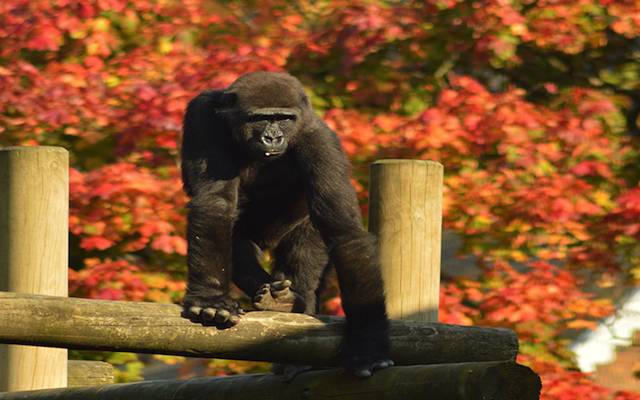 October has seen the arrival of a new female gorilla, Touni, at Bristol Zoo.

Now at sexual maturity, it was the perfect time for her to leave her natal group to look for another breeding group as this is how she would behave in the wild. However, introducing a new gorilla to an already formed group is not without is challenges.

Western lowland gorillas are know for their strong social groups and it was key that keepers ensured the existing group acted favourably to the new arrival.

Although the Gorilla House at Bristol Zoo is closed whilst Touni makes it her home and settles in, visitors can still see the gorillas out on Gorilla Island at different points throughout the day. According to keepers, the dominant male makes most of the noise with his calls heard up to two kilometres away so make sure you keep an ear out for him as you walk around the zoo!