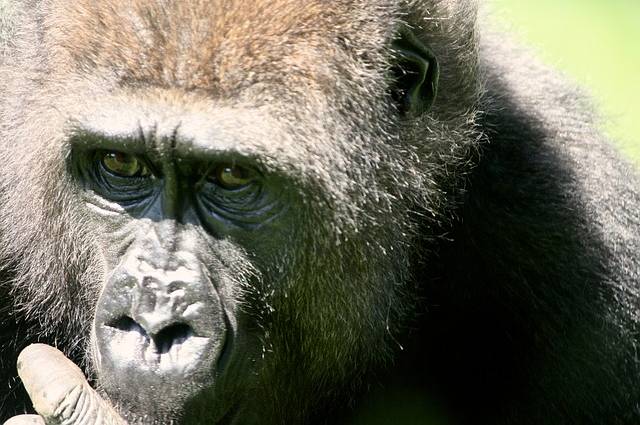 Researchers Find Gorillas Are Showing Signs of Learning to Talk

Speech has previously been thought to be impossible for apes. However, new research at the University of Winconsin-Madison may dispel this, as researchers have identified speech patterns in a gorilla named Koko.

Koko has already gained local fame for her ability to learn sign language in order to communicate with her keepers. In total she’s spent over 40 years living with daily human contact at The Gorilla Foundation in California.

Researchers Marcus Perlman and Nathaniel Clark carefully analysed over 70 hours of footage of her behavior.

The duo said they found examples of “Koko performing nine different voluntary behaviours that required control over her vocalization and breathing.”

They believe these were learned behaviours, rather than being typical of a gorilla’s repertoire.

“She doesn’t produce a pretty, periodic sound when she performs these behaviors, like we do when we speak,” Perlman says. “But she can control her larynx enough to produce a controlled grunting sound.”

Although this control over her voice is in no way as finely tuned as that of a human, it gives insight into the potential for apes to develop more control in order to interact with their environment.

The researchers also observed Koko blowing a raspberry and chatting into a telephone. She was also able to cough on command, again displaying the control Koko has over her larynx.

Accoriding to Perlman, Orangutans have also previously demonstrated vocal and breathing related behavior – a clear indication the great ape family in its entirety may share the abilities Koko has learned to develop.

It’s an exciting time for gorillas and we look forward to reading more research to see if this is a one-off case, or just the first such study dispelling previous myths that gorillas are unable to communicate in this way.