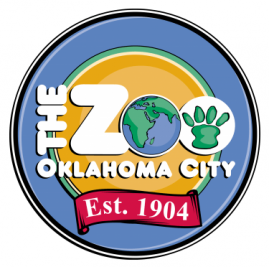 Just two weeks ago we reported on the birth of a baby gorilla at Melbourne Zoo and within days news came through that another baby has been born in Oklahoma.

Oklahoma City Zoo (OKC Zoo) welcomed the new arrival in the morning of March 24th. Like the Melbourne Zoo, OKC Zoo is also part of the Gorilla Species Survival Plan and this birth further supports the work to build up the lowland gorilla population from the dangerously low levels it currently stands at.

Mum Emily, now 29, was actually born at the OKC back in 1985 and has taken it all in her stride, which should be expected with four previous births before this one. The father, Tongo, is of a similar age at 27, and this is his second child since arriving at OKC Zoo three years ago.

Gorillas have a very similar gestation period to humans, with it lasting a total of nine months and then infant then being dependent for a further two years. However, unlike humans the babies grow at incredible rate (double that of a human baby) and often start crawling from the age of three months. It sounds like Emily will have her hands full for the rest of 2015!

If you’d like to know more about the Gorilla Species Survival Plan checkout the dedicated website. You can also help directly by adopting a Western Lowland Gorilla with the Aspinall Foundation.