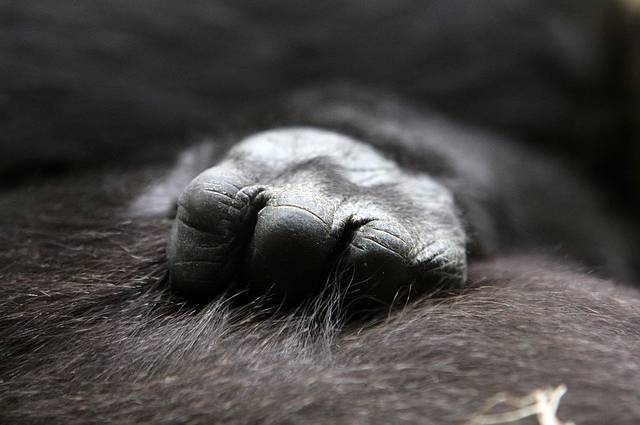 It was a first for the mother, a Western Lowland gorilla called Kimya, who gave birth in the early evening.

Melbourne Zoo can now boast a total of seven gorillas born at the zoo. It’s one of 150 zoological institutions worldwide that is an active participant in the survival breeding programme for Western Lowland gorillas, with now under 100,00 remaining in the wild.

In this case two young Western Lowland gorillas were matched up from two sides of the world. The father, Otana, arrived at Melbourne Zoo from Howlett’s Wild Animal Park in Kent back in 2013 and Kimya arrived shortly after from Taronga Zoo in Australia.

This demonstrates the important of the breeding programme and the lengths that institutions will go to in order to ensure the species is protected.

“We had high expectations of Kimya because she was mother-raised at Taronga Zoo and had some great experience watching older females raise their babies.

‘She seems to have learned from observing those behaviours, as she has been a textbook Mum so far.

‘From the time Kimya picked the baby up right after giving birth, she hasn’t put the little one down. Such young gorilla babies need the body heat of their mothers to stay warm, so we have been monitoring this very carefully”.

It’s fantastic to hear how well it’s going and we wish Kimya, Otana, Melbourne Zoo and the un-named newborn best wishes from the UK.