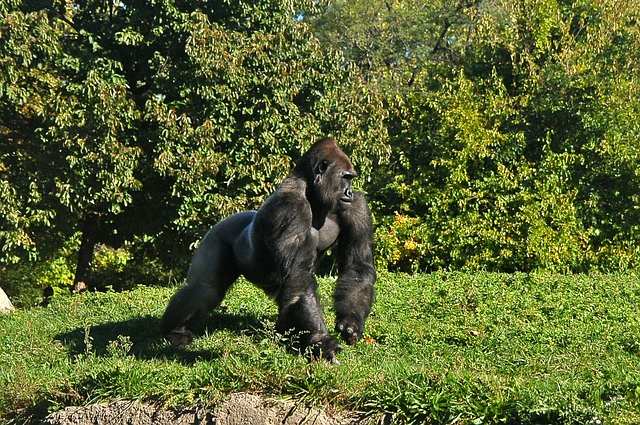 This Friday sees the official opening of a new gorilla exhibit at Houston Zoo, Texas.

The Zoo hasn’t had gorillas for more than 10 years, during which time it’s been fundraising and constructing the perfect home for their new guests.

In total the exhibit will house seven western lowland gorillas, split into two troops. The move of the gorillas to Houston Zoo is part of the Species Survival Plan, helping to increase the number of the critically endangered species worldwide.

Being brand spanking new, the exhibit is state-of-the-art and covers an area of over half an acre. Within this, an outdoor habitat filled with lush landscape (that took over a year to plant) will mimic the African forest. From the Chevron lookout you’ll be able to watch the gorillas outside, interacting with their lush habitat.

There’s also a 4,000 square foot indoor shelter, where visitors will be able to watch the gorillas through glass (your chance to be just inches away from these amazing animals). The troops will be treated to private bedrooms in a night house, as well as a 23ft climbing tree for some day time fun. Not to mention an endless amount of ropes and hammocks to keep the troops entertained.

For guests who want something extra-special, the exhibit includes the Nau Family Gorilla Treehouse – a private dining room that overlooks the entire outdoor habitat.

We wish the two troops and Houston Zoo the best of luck with the new habitat and their work on the Species Survival Plan. Investment in these kinds of facilities really is critical to raise awareness of the plight of lowland gorillas.