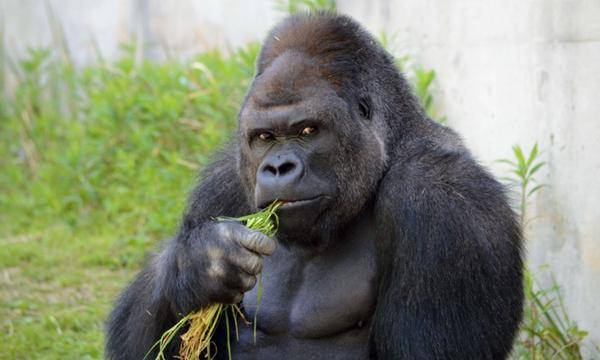 A male silverback gorilla is making waves in Japan after female visitors have taken to social media to talk about his ‘rugged’ good looks.

18-year old Shabani was originally raised in Australia before moving in 2007 to his new home at Higashiyama Zoo and Botanical Gardens in Nagoy. Zoo spokesman Takayuki Ishikawa said:

“He often rests his chin on his hands and looks intently at you. He’s more buff than most gorillas and he’s at his peak physically. We’ve seen a rise in the number of female visitors. Women say he’s very good-looking.”

So much is the draw that Shabani was made the poster boy for a campaign promoting the zoo’s festival earlier this year. In recent months, women across Japan have compared Shabani to a male model, with the media quick to pick it up and featuring the silverback on national TV.

Shabani has now become one of the Internet’s biggest crushes in Japan, helped predominantly by women using Twitter to express their feelings and view other visitors’ pics.

It’s certainly a fad we haven’t come across before but if it helps to increase awareness of gorillas in general, we’re all for it.